← back to
K
Get fresh music recommendations delivered to your inbox every Friday.

On The Chewing Gum Ground (KLP194) 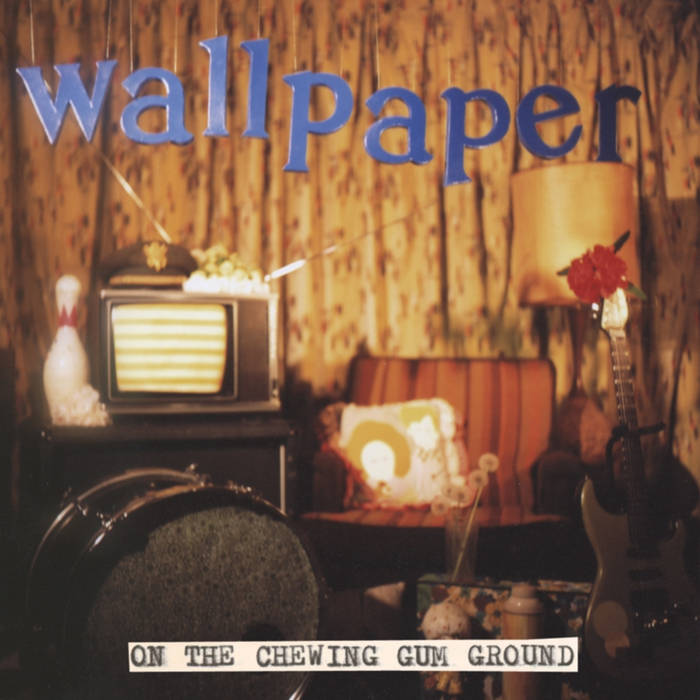 “Hey kids if you want to dissolve/do the nod off.” The function of wallpaper is to fade in the background, which is something that Wallpaper the band does not do.

Wallpaper does not reflect upon the current state of rock ‘n roll with ironic boredom – they find the need for idols to be a bore. On the Chewing Gum Ground captures the modern era that they ostentatiously do not feel a part of. Keeping a steady sneer but subtracting angst and teenage romanticism, Wallpaper keeps the outlook shiny and appealing – just so long as you don’t try and find a new rock icon within. It’s all guitars. It’s all handclaps.

Wallpaper’s core members met in middle school, and On the Chewing Gum Ground represents much of their adult work over the past four years. Hailing from Auburn, Washington – a place just close enough to the ocean to make weekend trips and understand what the Beach Boys are about – they mix 50s rebel rock and 60s surf mixed with the crucial wave of 80s underground music. The strength and allure of the album comes in the juxtaposition of pop sensibilities with lyrics sung like a sliding shimmy but written with a call for a pop-cultural reform.

For taking such a stance, this album lacks the bitterness that one would expect. They want to get people excited about hearing rock ‘n roll not bored by post-post-post movements. The lack of ego on The Chewing Gum Ground is striking and makes their grooves so deeply satisfying. Wallpaper’s songs can move from shirts tucked and un-tucked, from fist pumps to knee slaps; it is refreshingly laidback and uncomplicated – just how they want their rock ‘n roll world to be.

Bandcamp Daily  your guide to the world of Bandcamp

Damu The Fudgemunk shares his recent collab with Def Pressé, plus jams from Common and more